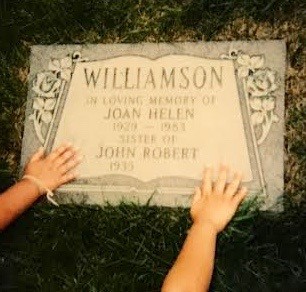 United States to Canada – “Where were you born?”

I was born in Montreal, Quebec, Canada. The City of Montreal is on the Island of Montreal in the Saint Lawrence River. I think there is a certain mystique about Montreal—it has an international reputation for culture and style and design in its rich history. Montreal is my birthplace–that much I always knew!

In 1988, five years after her death, I learned my birthmother’s name. Paul and I and Ron and Emily visited her grave in The Mount Royal Cemetery. I was relieved that this was her final resting place.

In the southwestern part of Montreal is the borough of Verdun. Founded in 1671, Verdun is one of Canada’s oldest cities. In 2002, Verdun merged with Montreal. My birthmother’s family lived on the second floor of a ‘two-plex’ on Wellington Street. We visited their apartment during our 1988 trip. Wellington is one of the main streets  in Verdun. Verdun has had its ups and downs as most industrial communities have had over the years. Today it is a hub for young families, bustling with shops and restaurants. My birthfather lived a quarter mile from the Wellington Street apartment, on Willibrord Street. And so, I now know that I am a full-blooded Verdunite!

These days when I cross the border into Canada, I am more grateful than ever to say, “I was born in Montreal.” Years ago, as we prepped the kids for border crossing, Paul would joke, “Why were you born?” I’m not going there!

How touching to see the beautiful gravestone. XXOO

Thank you, my dear friend.