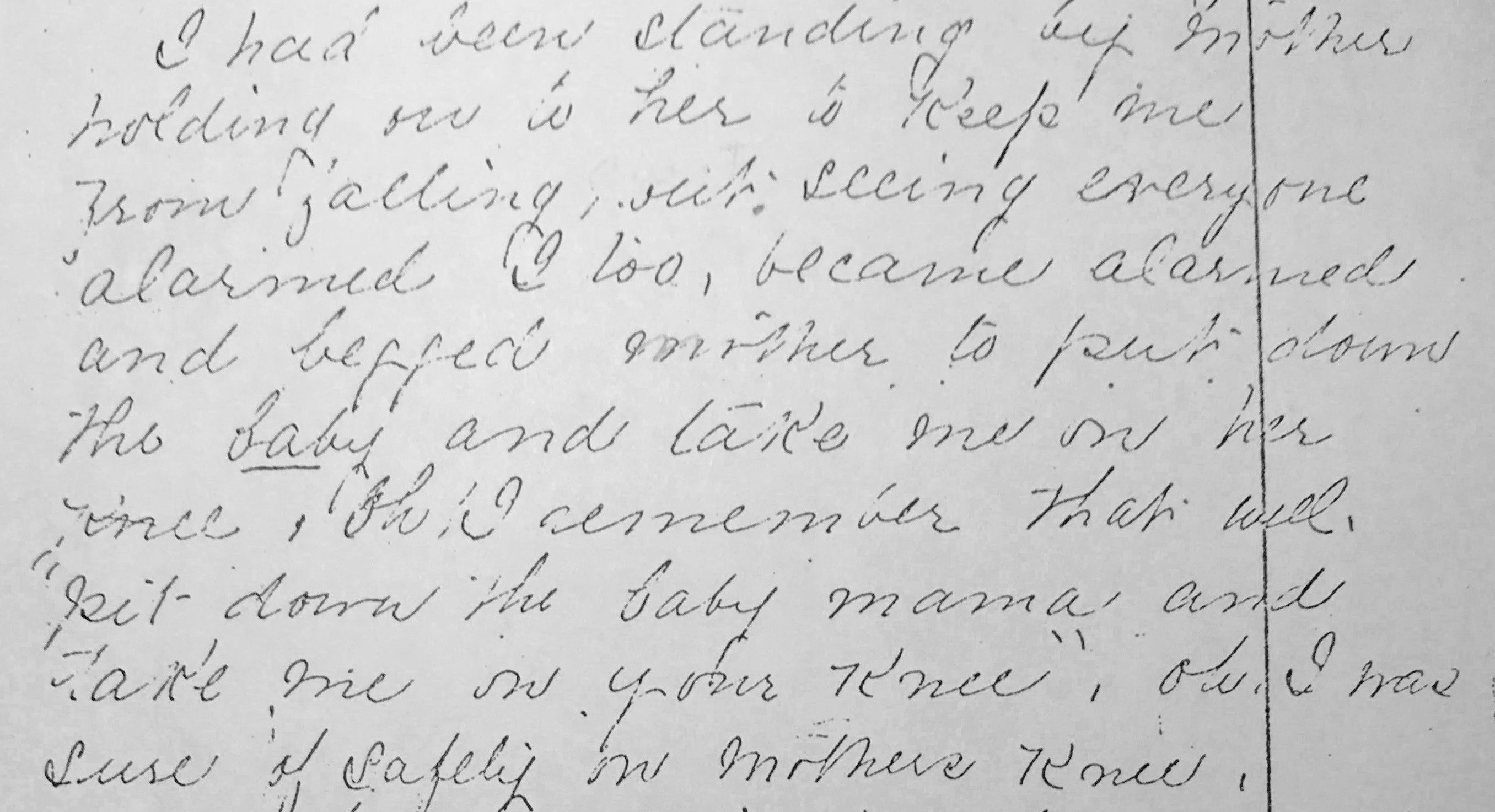 I am entranced by the PBS series, Finding Your Roots. Perhaps you are watching, too. Henry Louis Gates, Jr. takes his guests back in time, and all over the world. He traces their heritage and develops for them the human stories of their ancestors. Some guests know little about their families and the searches look very familiar to me! My memoir has a couple of examples of treasured old records.

Another example from my memoir:

My Dad’s older brother, my Uncle Harold, was the keeper of the family tree as well as fascinating stories passed down from one generation to another. It wasn’t my biological family tree, but I truly enjoyed studying Uncle Harold’s work and discussing it with family members over the years.

My favorite story was recorded by my Dad’s Great Aunt Eliza. Aunt Eliza was born August 10, 1824 in Edinburgh, Scotland. She died January 7, 1909 in Carleton, Ontario, Canada. Aunt Eliza was the sixth out of eight children born to Elspeth (Betty) and Thomas (Tom).

According to Uncle Harold, sometime between 1875 and 1895, Aunt Eliza wrote Recollections of Miss Eliza Fairbairn. I cherish my copy of Aunt Eliza’s 26-page, hand-written memoir. In 1828, Eliza and her family departed from Edinburgh for Montreal, as Eliza said, … leaving the old country.

It wasn’t long before the ship encountered ice barges. Eliza wrote: I remember Father coming down from the deck where he had been looking at the ice barges that were all around. His face was as white as a sheet. His hands shook as he came to Mother. “Oh, Betty, Betty, The Captain says there is no hope. The field of ice is the most he has ever seen. The ship must go down.”

Father went up again to the deck but soon returned, saying, “Betty, the Captain says he may save the grown up people by their getting on to a long boat or raft. They are trying to do something about it now. But you and I will go down with the children. What do you say?” “Oh, Tom, we’ll not part. We will go together.” With that, the ship gave another lurch, and someone said, “We are sinking.”

Eliza continued to describe how her father convinced the ship’s captain to have the sailors and men on board each hold a spar and line them up along the side of the ship to break the force of the ice as it approached. God blessed the effort … at last they sailed into open sea.

Eliza’s father was praised by the captain for saving the ship from disaster. Peter, my dad’s grandfather and Eliza’s younger brother, was two years old during the voyage. I am grateful to my dad’s great-grandfather, Thomas Fairbairn. His ingenuity and leadership saved many lives that have since given us six generations of Fairbairns!

I thank you for the motivating story from Eliza Fairbairn’s memoir. Never give up! Never lose hope! Hardy souls show us the way to live.